Mitsubishi Hits The Economy Pedal With LPG For The New 380

Gas prices are rising exponentially, along with the global carbon footprint of humans, and automakers are looking at ways to make their products greener and cheaper.  Some would say that buying a vehicle is quite cheap, compared to the amount that one pays to maintain and run it. Depending on the amount of traveling and the type of usage, a typical car may intake thousands of gallons of gas per year, which translates into a considerable amount.

However, with newer technologies and concepts coming up, car owners can heave a sigh of relief, as car manufacturers are working closely with researchers to bring down the costs of cars, as well as car maintenance. One of the many steps taken is the endeavors of car manufacturers to pay attention to the vehicles that run on LPG. An example is the new Mitsubishi 380, which will run on LPG, therefore making it one of the few premium vehicles to run on LPG. 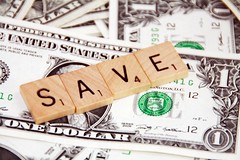 Previously, though the 380 engine worked on LPG, the company did not backing for such vehicles, the new 380 Series III engine has been built from scratch to support LPG, thereby bringing down the working and maintenance costs of the vehicle that runs on this engine.  The engine is the common endeavour of Mitsubishi and Impco. New vehicles that sport this engine will work in petrol too. For example, if the vehicle runs out of LPG, it will automatically use the petrol in the vehicle.

Using LPG vehicles have several advantages for the users as well as nature. The price of the car working on LPG is quite less than the cars that run on petrol. Previously, there was this criticism that cars that run on LPG do not have the acceleration and pickup that a petrol car would, but newer technology and enhancements in engines have made the difference very slight, something that a typical car user will not even realise when driving on city roads.

When the LPG engine was first released, there were several reports of the engines bursting and even entire cars burning up. However, this was not because of the technology, but because of faulty installation and unwarranted usage of the vehicle as well as the engine. With more and more companies, including behemoths like Ford, Mitsubishi and Holden doing their best to embrace this cheaper, greener technology, the end user can be sure about the due diligence that has gone into creating and rolling out the engine.

The 380 is designed in such a way that the car user has the most comfortable experience while driving the vehicle. The engine is conveniently placed in the boot, and the fuel selector is in the instrument panel.

While LPG run  vehicles are slowly creeping into the market, there is still this disadvantage of them being a bit pricier than the ones that run on petrol, but old time users will tell you that the prices are offset by the money that they save on the fuel almost every day.

This entry was posted in blog. Bookmark the permalink.

We Come To YOU!